5111-TT, 443-SMOH by MATTITUCK (2007), Custom 2009 Paint, 2004 Interior, Complete Logs, Hangared, Panel-Mounted Garmin 396 & Apollo GX-50 GPS, S-TEC 40 Autopilot, JPI FS-450 Fuel Flow, Insight 602 GEM, Annual Due DEC 2016, IFR Due SEPT 2016, 983 lbs. 1968 PA 28-140 TT= 2090 Engine TSMOH = 20 Prop SMOH= 20 Extensive restoration, new paint, glass, carpet, side panels, Seats will be completed prior to new owner taking possession.
Joe Woods submitted this photo of a Piper Pacer which was totally rebuilt by Bill Perry, a fellow club member in the Lauderdale Airpark RC Model Club in central Texas. This eFLYER was developed in HTML for viewing with Microsoft Internet Explorer while connected to the Internet: View Online.
Over 12 years bringing more online buyers and sellers together than any other aviation marketplace. Restorations consist of disassembling the aircraft and taking it back to the bare bones where all parts assemblies are cleaned, inspected, repaired, and treated, if necessary.
We would like to share with you a variety of model photos submitted by the readers of Flying Models.
Useful Load, Standby Vacuum, Metco Tips, Sky-Tec Starter, Strobes, Pulse Lights, 100-Watt Landing Light, Slick Mags, Oil Cooler, Induction Air Filter, Rosen Visors, 3rd Window, Throttle Quadrant. My intention was to enlarge it slightly to 18" and introduce some of the building techniques I prefer to use. The subassemblies are then recovered, painted, and reassembled using new hardware, plumbing, and wiring. 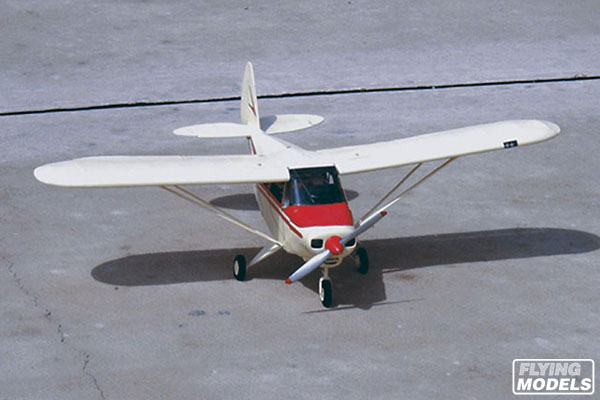 Avionics: King KMA 24 Audio Panel, King KT 76 Transponder, King KX 125 Radio, RT 328 Radio.
This is a great trainer and will also carry a good load plus your luggage in the back at 10 gph any questions just call.
Fresh paint and interior in 2014, new Garmin transponder and audio panel with 4 way intercom music.
3 position Whelen strobes, Concorde AGM 35 amp battery, spin on oil filter, aux power outlet. Used for the last several years as a trainer, this Piper has all you need for those steep climb outs and high density altitude airports. I chose 18" because that falls in nicely with other models I'm building at the moment. Wind Tunnel Model Shop, started the rebuild from a wreck that heavily damaged the landing gear and lower fuselage of the Pacer. You will feel as if you are stepping back in time at Barnstormer's Workshop, as we are keeping the practice alive with the use of repairing and restoring aircraft with fabric, wood, tubing, and sheet metal. Construction is of balsa and ply with a one-piece plastic cowl from Keith Sparks, a shock absorbing steerable nosewheel, and working flaps. Originally a 3-channel conversion of an old Sterling single-channel kit of the Piper Tri-Pacer, Bill upgraded the model by adding ailerons, going from rubber band to bolt-on wing attachment and other refinements.

Interior has white plastic with two tone grey seats and grey side panels with a red stripe. New Flight Custom III Tires, Garmin 327 xponder, ext heat shield, LED beacon, vacuum pump, DG, Skytech Starter, side glass, RC Allen EADI, break pads, clock, alt belt, and landing light.
The Pacer is powered by a Fox ball-bearing .25 turning a 10a€“4 prop and Bill plans to install a Futaba radio. Numbers and markings are self printed water slide decals, with a final coat of clear Krylon. I used nylon hinges for the base strut attachment, so that pulling the two hinge pins and one screw in the wing top will remove the wing in one piece allowing plenty of room in the cabin.
The maiden flight was conducted with gusty wind, but the 22 oz biplane was solid in the air, and landing was uneventful.