Please use the registration form, to register here or read more information about the registration process. Listing the best reactor designs sorted by mark intended for ppl who want to make their reactor but are wondering about the design. These reactors are focused on making as much eu that is possible at the highest efficiency. They gain heat for a few seconds before the HE's are able to rensfer enough of it to the outer HVs. For those who are craving trying out the new reactors, the first design above works as a rudimentary breeder (2 recharges per cycle) if you replace the middle cell with an isotope cell.
I i use 1200 Hu in 3 steam generators and the remaining 144 heat is used in stirling engines. I prefer moving the coolant away from the reactor as i can then make a smaller reactor room out of reinforced stone and build the turbines outside. Edit: Scratch the stability thing, there is now nothing left of my poor reactor, lucky i enclosed it in reinforced stone, only the reactor broke and not my base. For some unknown reason the turbine stopped processing the overheated steam and boom went my reactor.
Superheated steam or steam is not supposed to be able to accumilate in the kinetic steam turbines, they should be consumed as soon as they enter the turbine however all of my problems stem from either steam accumulating in the second reactor (this is not so bad cause it only waste distilled water and the cooling still works) This happens almost every time i step through a portal.
Edit: Went to the nether and the same thing happened again, luckily the safety mechanism saved the reactor this time.
One thing I notice is that in your screenshot, the bottom center slot is an overclocked heat vent, while in your design it's a reactor heat vent.
It could be a bit shorter but it should give beginners the information they need to get started with the reactors which is no easy task as it is now. The method ive used to create distilled water is a bit wastefull but it works and its also quite fast. There is also a thing that has to be considered when using a combination of stirling engines and steam. Playing around with mark 5 mox reactors made me think there really isn't a reason why you cant do this with the regular reactors as well.
Althought in eu mode, the second low efficiency reactor is vastly superior to the high efficiency reactor in output.
High efficiency reactor designs are almost always better than low efficiency ones in pretty much every aspect. 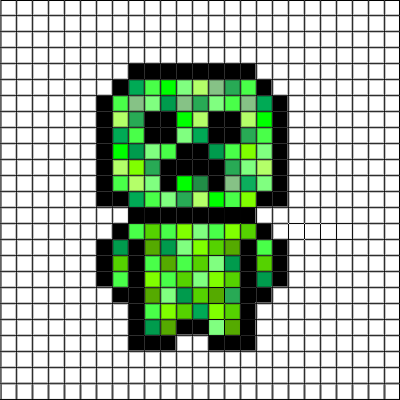 I know that you believe that you understood what you think I said, but I am not sure you realise that what you read was not what I meant. Stop Wasting Money!Receive your FREE "No Food Waste" menu planner and receive tips delivered to your mailbox each week. Going crazy trying to get your home organized?Join our 30-day challenge and receive a small task in your inbox each day - leaving your entire home organized at the end! One more step - click on the confirm button in your email so we know you are a real person.
Iam not gonna check the whole forum if you see someone taking credit for your design pm me and show me the evidence. Usually has lower output and efficiency than normal reactors and breed less cells than breeders but they can do both at the same time.
But, if you're playing the efficiency game, I feel the second one sets the bar pretty high for a Mk1 reactor.
If you use some other mod that is good at moving fluids you can make setups that inputs 400 HU per steam generator.
At first i had 6 steam cycles with 200 Hu per steamcycle but this is A LOT better as there is a large difference in running cost and initial investment.
However if you like putting the turbines on the sides of the 5x5 you can also make a simular setup as you have done but with 400 Hu per side of the 5x5.
Then it happened with the first turbine which shut of the cooling to the reactor which quickly resulted in an explosion.
I forcefully void all superheated steam and steam from the kinetic steam generators via steve's factory manager. Using IC2 build 645 and creative mode, I couldn't reproduce your results either way - that overclocked heat vent near the upper left degraded pretty fast. Even learned a few things myself, didnt even know you could make distilled water slowly with solar power, ive added that to my setup to make sure i dont loose any distilled water in the setup. Unless the heat of the reactor can be evenly divided by 20 (if you have 40 excess heat you use 4 heat conduits etc) you need some kind of dense mode cabling to transfer the hot coolant to the liquid heat exchangers. Each reactor tic produce 2944 heat with roughly 1362-1370 (it varies a bit) cooling which makes it about 1 second on and 1? second off on avarage. It's designed to push you to use distilled water or maintain your water powered turbines (I think). My steam generators stay at 375 degrees forever as long as i keep recycling distilled water. It exploded after i had a trip to the nether so im guessing it has something to do if the generator misses a tick or something. This prevents the blockage that happens when i go through the nether portal and makes the process go smoothly. Unless you put the liquid heat exchanger using stirling on a lower priority than the ones using steam it will try to split the hot coolant evenly between the steam cycles and the stirling cycles and you will end up with either to much hot colant or to little which will screw upp your steam cycles. Both kinetic steam turbines and steam generators are highly unstable and unless you have a safety system on your reactor it might just go boom.
I do not need ejector upgrades in the steam turbines as im using steves factory manager to pull out all fluids. Since normaly no steam or superheated steam appears in the generator it does not affect its normal operation. The only mods that can do that i know of is steves factory manager and thermal expansion cables. However for the 5x5 reactor what is producing power is the actual cooling capacity of the reactor and the efficiency depends on how much heat the reactor produces per tic.
This means they are almost equal in power output but the higher efficiency reactor uses only 12 fuel rods while the low efficiency one uses 28 fuel rods. So I wanted to post a round-up of gift ideas for every budget that are all Minecraft related! To get it running i usuall have to get stable operation at 1 mb per tick and then increase it to 2 mb per tick or it just produces steam even when it has all the hot coolant it needs. I think it calcifies completly after 100 buckets of water or 100 buckets of distilled water or 5000 seconds or so in my case. That means in the 5x5 reactor the high efficiency reactor is more than twice as effective as the low efficiency reactor while in eu mode it is only about 50% more efficient.
My lava setup has been working without fluid ejector upgrades for at least 5 hours now without a problem.
You can then resett the steam generator again by just picking it up and placing it down again. Right now im pulling every one second, maybe i should go with once per tick instead and se if that solves it.