We've just combined forces with The Mary Sue to bring you more and better content, all in one place. Come this June, comic books will be sold in Barnes & Noble stores, according to Bleeding Cool. The store has already been expanding its offering of graphic novels and now that Borders has taken a tumble, this leaves B&N a big opportunity to snatch up a new market of comic book readers. Next Thread » Thread Information Users Browsing this Thread There are currently 1 users browsing this thread. If you're looking to browse for new books in a cosy enviroment, there are a couple of tables at Second Story in Dupont that have a healthy number of recent releases---suggesting to me that it's one of the first places area book critics dump their castoffs. Talk to the owners of the (sadly now shuttered) Vertigo Books if you want some perspective on just how difficult it is to sell new books close to downtown DC. Since moving to DC a year ago I've been shocked that the most dynamic parts of the city exist without great, thriving, independent booksellers. The original Border's Books on State Street in Ann Arbor, Mich., became a great independent book store, Shaman Drum. That original Borders in Ann Arbor didn't really close down exactly, it just moved down the street and around the corner to a larger building. I've been selling books for 13 years, and have worked for Borders, B&N, and several independants. As far as preferring a "rewards" program over a pay-off-as-you-go membership, people tend to get the wrong idea.
I once went to a B&N and asked for help finding a book (which I couldn't find on the shelf) by Margaret Atwood. The flagship Borders store in Ann Arbor was once a great bookstore, and it's been sad to see it get hollowed out over time. When your particular e-reader ages off in a few years, just like your iTunes "library" of music, the ebooks you've bought will all need to be purchased again, in a new, updated, "e-format" -- if you still want to own them. And, should the power fail, your entire library will vanish in the flash or a circuit-breaker. As a former Borders' employee I am insulted at the people who choose to blame Borders failures on it's (mostly) hardworking staff. It's not done well in the rough-and-tumble world of online bookselling, and according to the people who follow such things, is meeting with investors as we speak to decide how it'll downsize. To figure out the source of that discomfort, I browsed again through its store on 18th and L Street NW. That does a few things: First, it necessitates a grand escalator, which is a wonderful way of surveying a world of books laid out below. That corridor is one of the city's most unfriendly, with chain lunch places and glistening lobbies making up the sidewalk frontage. But Norris thinks that if a new store actively reached out to Borders' old customers, it might have a chance of capturing them. We need bookstore that satisfies those literary urges, without having to hump ourselves up Connecticut Avenue–it's what a living downtown is all about. While I admit to doing most of my book shopping online, I'd hate to think that in some towns and cities the only place to find books will be the library.
If you want a bookstore in your neighborhood or town, shop at the one(s) you have or they will DISAppear. I agree that Borders is not Politics & Prose, but given the lackluster state of DC booksellers, any sort of loss hurts. I agree with you that despite DC's seeming literacy, we don't support bookstores very well, and especially independents. I really tried to like that store, be it in S Fla., N NJ, Lower Westchester or upstate NY, but at every location I encounter incompetent, unhelpful store personnel. Books are the same price (generally speaking) at both places; depending on what you wish to purchase, it may be discounted, who knows? Their business practices are wretched, they can't keep a CEO (or hire a competent one), they overspend, under-staff with people who are under qualified(thus the shoddy customer service), and generally make all the wrong business decisions.
They got rid of the experienced employees who curated their sections with care, replaced the cafe with a crappy chain product, and hollowed out the book inventory, replacing it with higher-margin stationery. The utter failure of the music industry to adjust to the twenty-first century, the development of deep discounting at Amazon and even large box stores are amongst a few of the issues that plagued Borders. Signs are not good; the company already announced it would be closing one warehouse, and it's stopped paying publishers.
Like its old store on 14th Street, this one is set up with a subterranean level, which you have to enter via a long staircase in the middle of the sales floor. And second, it feels more like a cozy attic, which you'd much rather hole up and read in than a basement. Could Borders' disappearance leave an opening for an independent bookstore, more along the lines of Politics and Prose?
Maybe that's an exaggeration, but I already miss the Borders that's already gone from my home town.
If this is happening at all these locations, then it is not as issue of an individual store or store manager but of a systemic problem within the corporation.
The problem with "reward" programs is that it requires you to spend money in order to save. 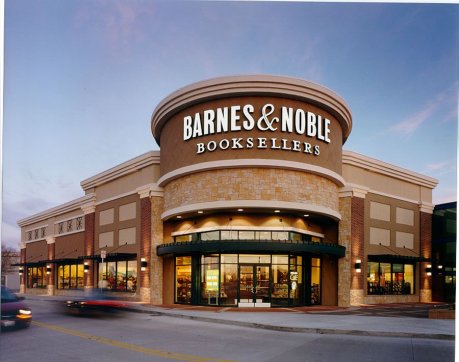 There is only so much you can expect of individuals who have worked under four ceos in a five year span. Then there was the rewards card mistake: Borders started with a free membership program, which customers didn't really value.
At both its downtown and Georgetown locations, the cafes are upstairs with some natural light; the downtown Borders cafe is tucked away on an interior hallway. The kind of place that would have staff recommendations,  author reading events that packed the rafters, and a non-corporate cafe that sold a full menu of locally produced food? Kramerbooks is nice to have in Dupont, but it's more of a restaurant, not the kind of sprawling hangout spot with soaring shelves and both used and new inventory.
I have been going to B&N for decades and almost never have had a problem and the few times I did it was solved to my satisfaction. Realistically speaking, the amount that you are spending far surpasses the amount you will be saving with a singular 44% off coupon you receive next month. Borders is most likely in the process of going away but not because it's employees don't love or care about books but because of upper level fiscal mismanagement and incoherent strategies for the future. Barnes and Noble went with a paid rewards card with deep discounts, which brought in more in membership fees and paid itself back in increased sales. The shelves are set up in alcoves, which create an unsettling sense of separation from the rest of the floor. BTW Second Story Books on P st is a great way to get new releases on the cheap- not to mention vintage posters. Two side note, bookstores are stores, not reading venues for you to take in a whole book and or magazine; please browse, peruse, and otherwise examine your purchases but at the end of the day it is a for profit business. Signage is antiseptic and plain; merchandise is piled haphazardly, like you're in a warehouse.
I have sent written complaints via email but they were never answered and I tried to bring problems to the attention of store managers but their only response seems to be there is nothing to be done. I live brick and mortar bookstores and a few years ago I made the decision to give all my business to B&N and not to Border's. Her emails may have been annoying and repetitive but the woman loved both Borders and books.