The Big Green Shed The Big Green Shed is a fantastic place to drop off those unwanted items from around your home. You also never know what you might find if you’re looking for second hand building materials or that unique piece of furniture. The shed redirects items originally meant for the landfill where they can be resold for a bargain price. Make sure you visit The Big Green Shed next time you’ve got a load of unwanted items to drop off or if you’re working on a DIY project. Household paint, batteries, compact fluorescent lamps can be disposed of for free at the detox drop-off site at the Swan Hill Landfill. Please do not pour paint down the drain or put these products out with your regular rubbish collection. Reason for nomination: OK, so it's not built yet and is headed for planning, which, I suspect, it will get.
Reason for nomination: Currently under construction here us another badly designed leisure centre.
For putting away your lawn mower, you might want to read our other selection of the best storage sheds for lawn mowers.
However, if the ones we have listed there are not to your liking, then the one below may just be of some interest to you.
If you want light in your large shed building, then have a look at this Sunshed Wood Garden Shed. Chris Weiland, recently retired principal faculty member of the Center for Turning and Furniture Design, coordinated the building of a wood-drying shed during a three-week class in May. Eric Hoover, left, and Chris Weiland moved a log cut from a limb of the pin oak that once stood between Fisher Auditorium and Waller Hall. Just outside the Robertshaw building on IUP’s South Campus sits a twenty-by-forty-foot woodshed built by students in May as part of a three-week architectural woodworking class.
Its purpose—to protect and dry wood for use by students of the Center for Turning and Furniture Design—is clear from what’s happening in and around the shed: Outside, a portable bandsaw mill is surrounded by logs, soon to be sliced into usable lumber. A closer look at some of the lumber, however, reveals a “G” or “F” on the crosscut, hinting that there’s more to the story of the shed and its contents. Also within the shed’s inventory are remnants of a grove of larch trees, removed along with the old Annex building, and the campus’s only Australian pine, which once stood near Breezedale.
So far, more than two hundred logs from campus trees have been donated to the Center for Turning and Furniture Design as part of the Harvest to Use initiative. Through this initiative, logs that would have been headed for the landfill or chipper have instead found new life as a source of high-quality wood, laden with historical and emotional ties to the campus, for future student projects. A white oak was removed outside Sutton Hall in August 2009 as part of the Harvest to Use initiative. Personnel from the Center for Turning and Furniture Design were allowed to pick through the doors and cabinetry of Langham Hall before it was razed in 2007. CenterWorks students used wood from Langham Hall to make these gifts for key players in the Residential Revival. Seeing an occasional tree in the Oak Grove be chopped down, cut up, and hauled away, Chris Weiland began wondering, “What if…?” As principal faculty member of the Center for Turning and Furniture Design, he knew the challenges and expense of acquiring good wood.
From Weiland’s questioning, a partnership formed between the woodworking program and the university’s Facilities Management group. The following year, as parts of campus were cleared for the Residential Revival, the project to replace student housing, the number of trees slated for donation skyrocketed. Tom Borellis, director of Student Housing Development, estimates the Residential Revival resulted in the removal of about 125 trees, with 175 being planted in their place. In addition to trees, the doors and cabinetry from Langham Hall, demolished in 2007, were made available to the center. The initiative’s environmental benefits (using wood that would otherwise go to waste) and economic advantages (a free source of high quality wood) are obvious. 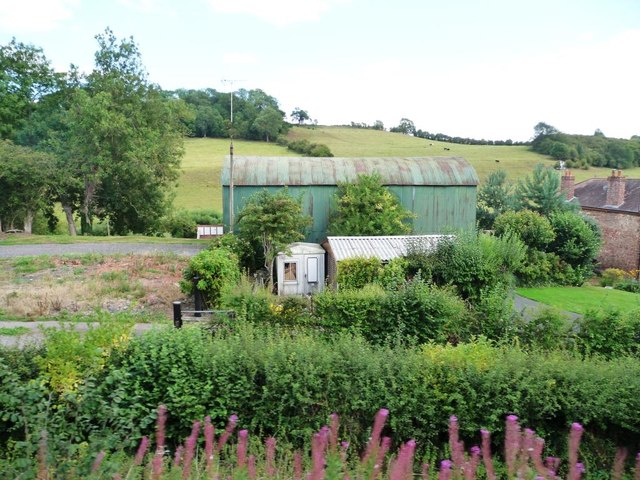 That’s why the center has given the trees, as Loar described it, the “paparazzi” treatment, doing photo documentation before, during, and after their harvest.
Several other commissions followed: a display pedestal for a bronze statue at the community library, a series of benches for the Performing Arts Center—the project that connected Fisher Auditorium and Waller Hall with a two-story grand lobby, and commemorative pieces presented to key players in the Residential Revival. Experience in mass production is part of learning “the realities of what’s necessary to make a living,” Loar said. For their work on the projects, the students were paid by CenterWorks, the same as if they were employed by a company.
CenterWorks is just one example of the center’s efforts to help students survive as working artists. Even Pittsburgh photographer Roy Engelbrecht’s day on campus to take photos for the exhibition’s program was a learning experience, Weiland said. Students began preparing the posts and beams for the shed during an advanced woodworking class in 2005.
With his retirement in Spring 2009 looming, Weiland began to question whether he would see the shed go up. Complying with various building codes—through the township and the Department of Labor and Industry—was part of the project. Both Weiland and his students described working on the shed as though it was a big piece of furniture.
Most of the eight students on the construction crew worked twelve-hour days to finish the shed in time.
The traditional post-and-beam construction and the crew’s reliance on manpower rather than machinery reminded Matt Nauman, who served as a project manager for the shed’s construction, of the Amish raising a barn.
After her preliminary post-and-beam work, Gagermeier, now the director of a family center in Cambria County, was sorry to have missed the construction. CenterWorks students, along with professor Chris Weiland, made the awards for recipients of the Governor's Award for the Arts in 2006—the group's first project on commission.
Amid the stacks of salvaged wood inside the shed, and used in various roles, are old audio-visual carts that Weiland picked up at IUP surplus sales. In retirement, Weiland said he hopes to continue playing a part in the Harvest to Use initiative: as a board member of the Allegheny Arboretum, which assists the university with long-term planning of tree planting and removal, and by helping the center acquire grant funding for expanding the woodshed and wood-drying technologies. But there’s also a commission he has yet to do: a trellis for the Heritage Garden—formerly the Touch and Smell Garden (and once known as the Shakespeare Garden), which was removed along with neighboring Gordon Hall during the second phase of the Residential Revival. Weiland just isn’t sure which wood he should use—the larch from outside the old Annex building, the Australian pine from near Breezedale, or the pin oak that once stood between Fisher and Waller. Steve Loar, right, director of the Center for Turning and Furniture Design, recently worked with graduate student Adam Criscuolo on the lathe. Kate Gagermeier, a 2007 graduate with a keen interest in green design, used a door from Langham Hall in the making of her Adirondack chair. Working with the portable bandsaw mill were Andy Scott, left, an IUP Master of Fine Arts graduate, and Chris Weiland.
With colourful render and a 'trendy' wavy roof this building will look worn out and dated as soon as the builders leave the site!!!
The building is 30 meters High by 80 metres long and blots out the sunlight to all homes within its shadow as well as what was once a stunning view. Now you no longer just have to think about shelves or no shelves, but you have to start thinking about lofts, porches, floor panels and the like. It’s made quite tall for the usual outdoor items like rakes and has a double door for very easy access. This plastic construction from Lifetime  is very durably made with steel reinforcement and double wall. Made of Spruce solid pine wood, this shed can be easily painted to match your houses’ color or outdoor design. This is so obviously made as a child’s play area, but it can be used as a storage area too – especially when you’re storing outdoor kids toys.

This is also made by Outdoor Living Today which is one of the best manufacturers of wood garden sheds. Gaps between slats of the shed’s wood siding allow fresh air to circulate, and inside, hundreds of boards are stickered with pieces of scrap wood for ideal drying. These boards were cut from a majestic pin oak that once stood between Waller Hall and Fisher. And his program, formerly called Woodworking and Furniture Design, had focused on the salvage and reuse of materials for student projects since the early eighties. After the first tree designated for the program—a white oak outside Sutton Hall—was cut down in January 2005, the initiative that became known as Harvest to Use took off. Using a portable bandsaw mill that the center had purchased through grant funding, the staff and students quickly took the wood from logs to lumber. The repurposing of trees and other materials for art projects earned the Residential Revival special recognition through the Leadership in Energy and Environmental Design program, a rating system developed by the U.S. But, according to Weiland, processing the wood has been an invaluable experience for students—both in learning to identify high-grade lumber and developing a deeper connection with the traditions of their craft. Steve Loar, director of the Center for Turning and Furniture Design, expects the wood’s tie to the campus to increase the value of the projects for which it’s used. The campus wood has been particularly useful to CenterWorks, the professional-development arm of the Center for Turning and Furniture Design.
Each year, the Pennsylvania Council on the Arts selects an artist to develop the awards given to recipients of the Governor’s Award for the Arts. Designed as a simple yet elegant puzzle, the 150 Residential Revival mementos were made from the wood of Langham Hall.
Through the Visiting Artist Program, students see firsthand how a working artist makes a living. It was their one missing piece in the study of all phases of cutting, grading, and drying the lumber. But decisions on where the shed would be built and other factors delayed further construction.
Aside from pouring the concrete floor and installing the electricity, which were done by Facilities Management, all building tasks were handled by the students and center staff. Weiland found the wood used for siding in a refuse pile, covered with water, outside Robertshaw. The projectors they once carried may have gone out of style, but Weiland still finds the carts useful for transporting wood or—when topped with an old door—acting as a stand for a miter saw.
So we are nominating for the Carbunckle award as well as the zit award, due to the building being built without any form of consultation or planning permission being granted.
Unlike other vertical sheds which is exposed to the elements, this shed has a raised floor which prevents the equipment from getting wet. They’re always well-designed, use good quality materials, durable and are just plain beautiful. After tests found disease, the tree was removed before the start of construction on the Performing Arts Center.
Students also take part in exhibitions, such as the Adirondack chair series, the most recent of which welcomed entries from eleven other universities across the country. After power-washing the wood and drying it for six weeks, he could see, while it wasn’t furniture grade, it was certainly usable.
The boards marked with a “G” were from a white oak near Gordon Hall, cleared in 2007 to make way for the Northern Suites. Knee deep in the revamp of IUP’s woodworking program, he was hesitant to take on the commission.